All The Fires the Fire

Men set birds free on the mountains. Two grieving, estranged brothers try their marksmanship together with their sons. It’ s the hunting season. Can a bird’ s heart stop in the sky with no bullets coming through its body? 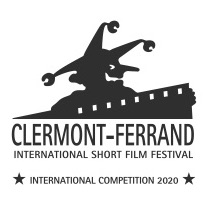 Born with dual Greek/German nationality, Efthimis Kosemund Sanidis studied Informatics Engineering, and then Contemporary Arts at Le Fresnoy – Studio National in France. His films have won acclaim at festivals around the world. His debut short film, ‘II’ (2014, 16’), won the Pack & Pitch award at Sarajevo while in development, followed by a world premiere in the Pardi di Domani section of the Locarno Film Festival. He shot his next two films, ‘Odette’ (2015, 16’) and ‘Unbuilt Light’ (2017, 29’), while in residency at Le Fresnoy, with the latter opening in competition in Sarajevo. ‘Astrometal’ (2017, 15’) was nominated for a Golden Lion in the Orizzonti section of the 74th Venice International Film Festival.