This Rain Will Never Stop

This Rain Will Never Stop takes the audience on a powerful, visually arresting journey through humanity’s endless cycle of war and peace. The film follows 20-year-old Andriy Suleyman as he tries to secure a sustainable future while navigating the human toll of armed conflict. From the Syrian civil war to strife in Ukraine, Andriy’s existence is framed by the seemingly eternal flow of life and death.

““A striking, beautifully shot and edited film that embarks on the disaster of war through a personal journey and rocks the spectator between furtive moments of joy and pain. This moving film encompasses traditions, modernity, death and the power of moving forward. ” 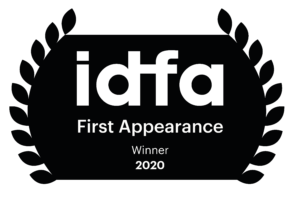 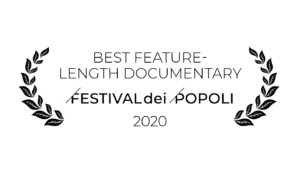 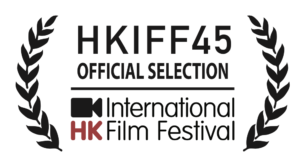 ““A striking, beautifully shot and edited film that embarks on the disaster of war through a personal journey and rocks the spectator between furtive moments of joy and pain. This moving film encompasses traditions, modernity, death and the power of moving forward. ”

Alina Gorlova is a director and film editor. Born and raised in Ukraine, she graduated from Karpenko-Kary Kyiv National University of Theatre, Film & Television. In addition to her focus as a documentary director, Alina is also experienced in making fiction shorts, and social and commercial ads. In 2016, she completed her first feature-length documentary, Kholodny Yar. Intro, which screened at the Odesa IFF (Ukraine) and Artdocfest (Moscow, Russia). Her second documentary, No Obvious Signs, tells the story of a female Ukrainian soldier who undergoes rehabilitation for post-traumatic stress. The film has won multiple awards, including the MDR film award for outstanding Eastern European Movie at DokLeipzig 2018. Alina was a 2019 Berlinale Talents participant.

“it’s a brave and uncompromisingly artistic attempt to outline the contours of a much larger, perhaps species-wide soul sickness: the psychological and philosophical displacement that war churns up in its wake.”
‘This Rain Will Never Stop’ Review: An Artful, Allusive Doc on the Profound Dislocation of War – Jessica Kiang – Variety

“Gorlova provides a fresh take on it by giving prominence to the war-and-peace cycle – where the black-and-white cinematography embodies a sort of yin-and-yang stylisation – and by choosing Andriy as the protagonist of an intense (and in part alienating) parable.”” “”through Andriy’s journey, viewers are made aware of the unstoppable, painful cycle of war and peace, where moments of joy are precious but short-lived.”
Review: This Rain Will Never Stop – Davide Abbatescianni – Cineuropa

“Gorlova brings Andriy’s stark bifurcated reality to the visceral fore through arresting b&w cinematography, and a sound design that manages to encompass everything from the horror of bomb strikes to the sweet mewing of lambs.”
Underrepresented Participants of War – Lauren Wissot – Modern Times Review