At Mette’s Domestic Violence Support Centre no appropriate or safe care can be found for Miller. Mette seizes this opportunity to help, hoping to find distraction and constructiveness from her own domestic problems. She offers her spare bed to Miller, whilst being fully aware of the potential consequences and dangers of her actions.

“a pulsating time ticking bomb, brewing with mystery and anxiety waiting to take you off guard” 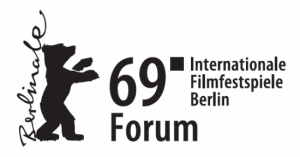 “a pulsating time ticking bomb, brewing with mystery and anxiety waiting to take you off guard”

After her first two independent short films were selected consecutively for the Golden Palm competition in Cannes, Esther Rots’ first feature film Can Go Through Skin premiered in the Forum section of the Berlinale, and won many awards amongst which the Fipresci, the Ingmar Bergman Award and 3 Golden Calves, the Dutch Academy Awards. Her latest feature RETROSPEKT just premiered both at Toronto as well as The Berlinale.

Rots’ work revolves mostly around the tricks of the mind; the intense difference between knowing and feeling, conscious and unconscious, the reality and illusion of the everyday, accepting feelings or shutting them out: the beautiful logic of the subconscious. Esther is able to set these indescribable sensations in the context of a logical story and translate them into cinematography. By being as intimate as possible with the characters, and bringing the ‘I’ perspective into the context of the cinema experience, the work is felt not told.

Esther Rots writes, directs and edits all of her work. Together with her brother Hugo Rots, she established the film production company Rots Filmwerk in 2006. (www.rotsfilmwerk.nl), to produce bold and outspoken films made by artists.

The book ‘Take 100, The Future of Film’ published by Phaidon Press is a survey featuring 100 of the most exceptional and talented emerging film directors from around the world who have been selected by 10 internationally prominent film festival directors, and includes Esther Rots and her debute feature Can Go Through Skin, selected by Christoph Terhechte.