A Night of Knowing Nothing

L, a university student in India, writes letters to her estranged lover, while he is away. Through these letters, we get a glimpse into the drastic changes taking place around her. Merging reality with fiction, dreams, memories, fantasies and anxieties, an amorphous narrative unfolds.

“One of the year's most electrifying debuts, Payal Kapadia’s hybrid feature A Night of Knowing Nothing is a fever dream of impossible love tied to a broader reflection on contemporary India.” 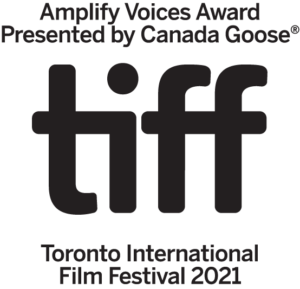 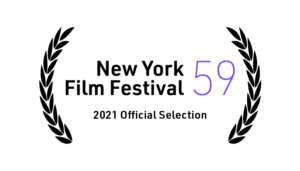 “One of the year's most electrifying debuts, Payal Kapadia’s hybrid feature A Night of Knowing Nothing is a fever dream of impossible love tied to a broader reflection on contemporary India.”

Payal Kapadia is a Mumbai based filmmaker and artist. She studied Film Direction at the Film & Television Institute of India. Her short films AFTERNOON CLOUDS (2017) and AND WHAT IS THE SUMMER SAYING (2018) premiered respectively at the Cinéfondation and the Berlinale. She is a Berlinale Talents alumna and participated in 2019 at the Cinéfondation – Résidence du Festival de Cannes. Her first feature, A NIGHT OF KNOWING NOTHING, is part of the 2021 Director’s Fortnight selection. Her next project, ALL WE IMAGINE AS LIGHT, for which she received support from Ciclic and Hubert Bals Fund, is currently in financing.

“Only a few seconds into Payal Kapadia’s shimmery, poetic essay doc “A Night of Knowing Nothing,” it feels like we are a few hours deep into the excavation of someone else’s memories… The sheer sensual pleasures of filmmaking become their own kind of motivation, reminding us that cinema is not just a useful tool in the fight against injustice and tyranny. When there are films as curious, expressive and intimate as “A Night of Knowing Nothing,” it is also what we’re fighting for.”
Review: Jessica Kiang – Variety

“What Kapadia has achieved with this film is to formulate a cinematic language capable of communicating truths beyond what can be expressed, or felt, through conventional storytelling… Kapadia’s speculative, poetic rumination on memory, political reality and personal association transforms the viewing experience into something transcendent.”
Review: Marina Ashioti – Little White Lies

“Payal Kapadia’s extraordinary debut feature A Night of Knowing Nothing is a hypnotic essay about the loss of innocence and the spark that inspires one to fight.”
Review: Pat Mullen – Point of View Magazine

“Beautifully dispatched through its entanglement of formal hybridity, Payal Kapadia’s A Night of Knowing Nothing burrows her contemplative sensibility into the archiving of a contemporary reality.”
Review: Zachary Goldkind – In Review Online

“An essential film that marries formal inventiveness with the events surrounding the political and social upheaval under Modi’s increasingly nationalistic and authoritarian India through the eyes and experiences of young Indians in public universities.”
Review: Aditya Shrikrishna – News Nine

“Kapadia is bold in striking a balance between intimate fabulation and the documentation of these expansive events, always retaining a hold on the former even as her film tilts increasingly towards the latter.”
Review: Erika Balsom – Cinema Scope