A funeral car cruises the streets of Medellín, while a young director tells the story of his past in this violent and conservative city. He remembers the pre- production of his first film, a B-movie with ghosts. The young queer scene of Medellín is casted for the film, but the main protagonist dies of a heroin overdose at the age of 21, just like many friends of the director. ANHELL69 explores the dreams, doubts and fears of an annihilated generation, and the struggle to carry on making cinema.

“This blast of queer punk melancholy is of the best discoveries from the sidebars in Venice.” 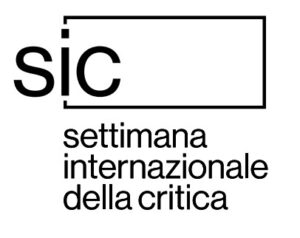 “This blast of queer punk melancholy is of the best discoveries from the sidebars in Venice.”

Theo Montoya, originally from Medellín, Colombia, is a director, cinematographer and producer. He is the founder and director of the production company Desvio Visual, which is dedicated to the creation of auteur films and experimental films.
His first short film, Son of Sodom, was part of the Official Short Film Selection at the 2020 Cannes Film Festival and many other festivals around the world.
With this film, he has won several awards, including the Grand Prix of the Drama film festival in Greece, the Best of short Documentary in Interfilm Berlin, and got a special Jury’s Mention in Clermont Ferrand’s Labo Competition.
ANHELL69 is his first feature film, a Colombian – Romanian – French – German co-production, having its world premiere at the 37th Venice Critics’ Week (79th Venice International Film Festival).

“a defiantly hybrid piece that’s cunning, challenging and sometimes confusing, seemingly conceived to play out on the border between life and death itself”
“Both in its editing and visually, Anhell69 is often striking”
Review: Jonathan Holland – Screen Daily

“An alarming cri de coeur about how hard it is to be young and queer in Medellín”
Review: Davide Abbatescianni – Cineuropa

Gradually, this half-real, half-imaginative portrait of a lost generation imposes its own story and ultimately leads to a moving giddiness”
Review: Gregory Coutaut – Le Polyester

“a lyrical documentary about paternal nostalgia, haunted love and death in a conflicted Medellín, between icons of Jesus Christ and posters of Britney Spears.”
Review: Carolina Iacucci – CINEMATOGRAPHE

“The highly political film Anhell69 finds its moments of greatest grace when it lingers (politically, poetically) with its young protagonists”
Review: Alessandro Izzi – CLOSE UP

“One of the little surprises of this Venice Critics’ Week, no doubt.”
Review: Riccardo Lo Re – TAXIDRIVERS

“An act of memory and a tribute to Colombian cinema, that is Anhell69”
Announcement: Erika Ardila – AL DIA