Alicia is one year old when she is removed from her home. Via a foster family she is placed into a children’s care home when she is five. By the time she is nine, she is still there, awaiting placement with a new family. This is when the documentary ALICIA starts.
For three years the film follows the girl in her daily life in close-cropped, observing images. These make the desires and powerlessness of the young, homeless Alicia, as well as the impact of a lack of perspective, palpable.
Will the girl derail because of the hopelessness of her situation or are we witness to an inescapable history that repeats itself?
Maasja Ooms directed, filmed and edited ALICA to make a poignant film about a universal theme: our need for love. 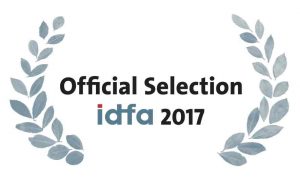 Maasja Ooms has completed the Photo Academy and the Film Academy in the early nineties. After having worked as a cinematographer for about 15 years, she has developed herself into an editor. At first she worked on documentaries she had filmed herself, later on she also edited other films and worked as an edit coach. Because of her strong involvement as a cinematographer with respect to content, the films became a collaborative effort, in co direction.

In 2013 Maasja started an extensive research, focussing on observations about the behaviour between people. This led to the production of two films, which Maasja directed, filmed and edited. Tussen Mensen (55’, VPRO, 2015) and ALICIA (90’, VPRO, 2017, IDFA Dutch competition).